Over the last several weeks we have looked together at Paul’s prayer for the Ephesians, found in Eph 3:14-21. The reason we have taken time to go over it in a fair amount of detail is that the prayer gives an outline of how we can become successful in the Christian life…victorious in our walk with Jesus. It is important for us to remember that the things we do, while important, are not the fundamental measure of our success as believers and disciples. Rather, it is who we are…are we manifesting the life and character of Jesus in our daily walk? It is not accidental that Peter, when speaking about the Christian walk, defines success in terms of internal 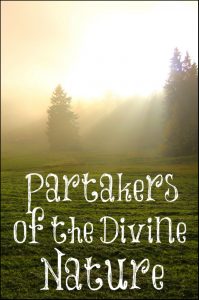 qualities and character traits, not actions. Listen to his words in 2 Pet 1:4ff. “For by these He has granted to us His precious and magnificent promises, so that by them you may become partakers of the divine nature, having escaped the corruption that is in the world by lust. 5 Now for this very reason also, applying all diligence, in your faith supply moral excellence, and in your moral excellence, knowledge, 6 and in your knowledge, self-control, and in your self-control, perseverance, and in your perseverance, godliness, 7 and in your godliness, brotherly kindness, and in your brotherly kindness, love. 8 For if these qualities are yours and are increasing, they render you neither useless nor unfruitful in the true knowledge of our Lord Jesus Christ.”
While these internal qualities do, by necessity, result in external actions, it is all too possible to have “works” outside of a transformed heart. The Pharisees serve as stark examples of this. They are described by Jesus as clean in appearance but wholly corrupt of heart. In Matt 23:25ff. we hear Jesus’ words to them:
“Woe to you, scribes and Pharisees, hypocrites! For you clean the outside of the cup and of the dish, but inside they are full of robbery and self-indulgence. 26 You blind Pharisee, first clean the inside of the cup and of the dish, so that the outside of it may become clean also.27 “Woe to you, scribes and Pharisees, hypocrites! For you are like whitewashed tombs which on the outside appear beautiful, but inside they are full of dead men’s bones and all uncleanness. 28 So you, too, outwardly appear righteous to men, but inwardly you are full of hypocrisy and lawlessness.”
The Pharisees were men who wanted to be seen as righteous by those around them…and by themselves. It was a “form of righteousness” that was achievable through self effort. It was accomplished by “grading on the curve”… comparing themselves to those around them. There was no room for the love and transforming work of God in their hearts…they were too filled up with the love of self.
We see a similar truth expressed in Matt 7:21ff. This is a passage of scripture that should be somewhat chilling to anyone who makes a profession of faith in Christ. In these verses, Jesus says, “Not everyone who says to Me, ‘Lord, Lord,’ will enter the kingdom of heaven, but he who does the will of My Father who is in heaven  22 Many will say to Me on that day, ‘Lord, Lord, did we not prophesy in Your name, and in Your name cast out demons, and in Your name perform many miracles?’ 23 And then I will declare to them, ‘I never knew you; Depart from Me, you who practice lawlessness.” Like the Pharisees, they had works…but unregenerate, unredeemed hearts. 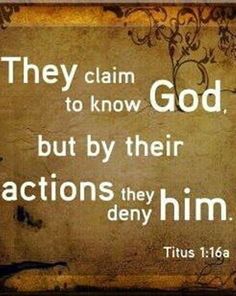 Jesus essentially says to them, “You were never part of Me and I was never part of you.” They had not been the recipients of His redemptive work nor experienced the indwelling of His Spirit. They looked good on the outside and, in the power of Satan, cast out demons and performed miracles.
It might be good, here, to take note of a critically important truth. Satan has no reservations or problems with people doing what we would call “good things” as long as he keeps them on the road to hell and far from God. He has no issues with people being religious, or working for the betterment of society, or combating poverty, or even following “the Law” as long as they stay in his kingdom and under his sway. He has no hesitation in giving them apparent power over his demons or assisting in their working of miracles.  Beloved, please remember that the devil is a master strategist. In 2 Cor 11:14, we are told that he masquerades as “an angel of light” If he can keep just our focus off of God…  God’s word… God’s work… God’s kingdom… God’s gospel… God’s redemption and sanctification… by influencing our hearts toward other things, that is a victory for him. It doesn’t fundamentally matter to Satan if he distracts you from God and His Kingdom by encouraging you to save society or destroy it… by feeding the hungry or exploiting them… by engaging in “good works” or evil deeds. His purpose is simply to alienate us from God, render us ineffective and, in so far as is possible, lead us to help enlarge the population of hell.
Now, all this so far this evening is background to a final set of questions we can, and probably should, ask in regards to the prayer we  studied over the last several weeks. And the questions are these…“What if we don’t participate in the process of becoming like Jesus? What if we don’t yield our will and spirit to the Spirit of Christ? What if we don’t want… or choose… to be transformed into the image of Christ? What if I fail to follow Jesus? Will I be like those people we just looked at? The hard-hearted Pharisees lost in there religiosity? The people gathered around Jesus expecting His praise but finding His condemnation instead? And the sobering and unfortunate answer to that final question is, “Quite possibly.” We just read 2 Pet 1:4-8 a few minutes ago where we are told that, “ if these qualities are yours and are increasing, they render you neither useless nor unfruitful in the true knowledge of our Lord Jesus Christ.” But these verses are immediately followed by verses 9-11…”For he who lacks these qualities is blind or short-sighted, having forgotten his purification from his former sins. 10 Therefore, brethren, be all the more diligent to make certain about His calling and choosing you;”
Peter realizes that if those who profess to follow Christ have little or no evidence of God’s transforming work in their lives, it is likely that there has been no true salvation or redemption…no true surrender of will and control to the Lordship of Christ. While Peter acknowledges that hardness of heart toward the things of God can be a momentary lapse of vision…being “blind and shortsighted”… or a time of forgetfulness of God’s goodness and redemptive work, He also warns those that are not experiencing God’s transforming work to be “diligent to make certain of His calling and choosing” of them. 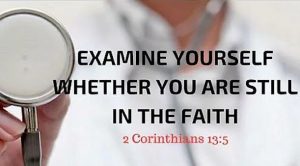 Paul has the same concern when he is writing to the church at Corinth…a church that was experiencing rampant and pervasive sin and infighting. In 2 Cor 13:5, concerned that their lack of godly behavior might be a result of  unregenerate, unsaved hearts, he writes, “Examine yourselves, to see whether you are in the faith. Test yourselves. Or do you not realize this about yourselves, that Jesus Christ is in you?–unless indeed you fail to meet the test!”
Paul is painfully aware that many who profess to be followers of Jesus are unsaved…lost in the world and eternally. He has seen first hand those who have claimed faith in Christ turn from Him and go their own way. His heart has been broken as he has watched those whom he loved and poured his life into return to their former practices.
Beloved, it is important to understand that the truly called and saved…the elect… can not lose their salvation and redemption once granted. This is understood from many passages of Scripture.  Jesus, speaking in John 10:27ff is clear, “My sheep hear My voice, and I know them, and they follow Me; 28 and I give eternal life to them, and they will never perish; and no one will snatch them out of My hand. 29 My Father, who has given them to Me, is greater than all; and no one is able to snatch them out of the Father’s hand.” Or we can read Paul’s words in Rom 8:28ff. “ And we know that God causes all things to work together for good to those who love God, to those who are called according to His purpose. 29 For those whom He foreknew, He also predestined to become conformed to the image of His Son, so that He would be the firstborn among many brethren; 30 and these whom He predestined, He also called; and these whom He called, He also justified; and these whom He justified, He also glorified.” Even in the text we read earlier, Jesus does not say “I knew you but know you no longer”. Rather, He says, “I never knew you.”
The Apostle John affirms this same truth in 1John 2:19. In speaking about those who have left the truth and the faith, he says, “They went out from us, but they were not really of us; for if they had been of us, they would have remained with us; but they went out, so that it would be shown that they all are not of us.
Understand this…If we have a heart that is cold in our love for God and the things of God, it is all too possible that we were never truly saved and stand unredeemed before God…not truly an adopted son and joint heir with Christ. Beloved, let us not fear asking ourselves questions like these. We do not want to be part of that crowd to whom Jesus says, “Depart from Me. I never knew you.” It is hard to imagine a more tragic and disheartening fate.
But is this the only… and inevitable… result of a cold and disobedient heart? Is disobedience proof of an unregenerate heart as well? Not at all. We all can find ourselves in times of trouble and weakness…floundering in the sin that can so easily beset us. None of us are immune. Nor were godly men in Old Testament and New Testament 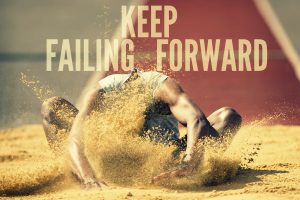 times. Next week we will look at some examples of grievous sins with grievous consequences, done by godly and regenerate men. In these examples we will find hope for ourselves in times of ensnaring sin, but also see the costs of those times of failure.  But in closing this evening, let us follow the admonition of Paul…and of Peter…and of Jesus Himself…to examine ourselves and make certain of our salvation. Let us look into our hearts with a critical eye and ask if we see the evidence of the transforming work of Jesus Christ …not a sinless perfection that is unattainable this side of heaven…not merely good works of service… but a heart that yearns to be like him and is being conformed to His image. Let us seek to ensure that we are in no danger of being in that crowd that hears those devastating words from the lips of Christ, “Depart from Me…I never knew you”, but rather these words from His lips,”Well done, good and faithful servant. You have been faithful over a little; I will set you over much. Enter into the joy of your Lord.”